Interaction of cultures and teams 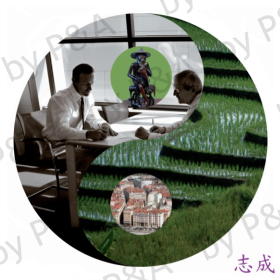 Managers and leaders confronted with the difference of geographical and managerial cultures.

Management of crosscultural teams or located in areas concerned with interculturality.

We are support specialists for Asia. Ask us about our Coach’Chine® program – Managerial support taking into account the specific Asian context.

A journey: from extra-territoriality to interiority.

Veronique, passionate about ancient Chinese culture, studied classical texts at INALCO – Institut National des Langues Orientales –, the Ricci Institute and the Sèvres Center, knowledge from which she draws for a more rooted understanding of the differences in thoughts, postures and positions. With her long practice of Zen, she often has the opportunity to bring out work relating to the many paradoxes that are at stake, paradoxes present not only in the field of interculturality but which also regularly constitute obstacles in everyone’s daily life when they are only treated at the level of contradiction.

A journey that enabled her to understand the  difference at subtlety and complexity levels:

Coaching for Executives and Managers in Asia

Preparation for negotiations and delegations

Managerial specificities of the teams and multicultural relations. When taking a new assignation, or for an expatriation project, study of recurring questions about this new Direction / Orientation.

Personalized support till expatriation or mission, a source of release of energy often encapsulated stuck in tensions and questionings; the manager becomes fully available for his/her mission.

We have coached in Europe, Asia and have also intervened on an ad hoc basis for the Middle East and the United States. With a strong specificity for China.

And for many other nationalities: German, English, Italian, Moroccan, Indonesian etc.